Activision won’t release a mainline Call of Duty game in 2023, according to Bloomberg, marking the series’ first break in the annual release cadence since 2005. What could that mean for esports? With the title remaining the same, don’t expect any drastic changes for Call of Duty League, like going from 5 to 4 players competing like last year. Not only that, but players should be able to get even more skilled as the league enters the second year of using the current title.

San Diego-based Psyonix is ​​giving some local sports sponsorship love, expanding a deal with the local United Soccer League club to put Rocket League on the front of the team’s shirts. Rocket League, a combination of soccer and motor racing, will be San Diego Loyal SC’s new main kit sponsor this season, replacing another local venture Stone Brewing. Rocket League was previously on the back of the team’s jerseys.

The partnership aligns with Loyal SC President Ricardo Campos’ desire to keep sponsorships tied to the San Diego area. “We’ve always wanted to stay local, which certainly makes it a little more difficult for different reasons,” Campos told SBJ’s Thomas Leary. “The first is that the number of people you are going to talk to is small, but also sometimes the financial power that these companies can have is not as strong. … We’re very lucky because San Diego is kind of a secret spot. There are a number of large, high-quality companies with high profits that are looking for this kind of exposure. You wouldn’t think Rocket League is based in San Diego.

Campos and his team negotiated the sponsorship directly with Psyonix, a sign that both parties were keen to look into a deeper partnership. Campos singled out Psyonix co-studio head Phil Piliero for his role in closing the deal. “I am a traditional football fan. I hate it when you have boring partners that spoil the look of the jersey,” he said. “Rocket League just makes it cooler, but I’m a little biased. … That’s the beauty of working locally. You go to their office, they come to ours. You can talk about things and not have A, B, C, and D in the middle of it all.

Campos is also helping to raise awareness of the Rocket League brand with Loyal SC fans who may not have played the game (or even heard of it). “We are happy to educate them,” he said. “There are a lot of people who might not know this, but there are also a lot of people who might be like, ‘Wow, now there’s a real connection between a game I love and a sport I love. I love.’ It will go both ways.”

Epic Games continues to grow its Unreal Engine technology in the sports world, as it helped the Braves become the first MLB team to expand into the metaverse, reports SBJ’s Erik Bacharach. Epic helped the team develop Digital Truist Park, a photorealistic digital twin of the team’s baseball stadium.

How important is Unreal to Epic? SBJ’s Kevin Hitt noted that while Fortnite is Epic’s best-known brand, Unreal Engine is becoming increasingly lucrative. The technology is basically a powerful 3D creation platform used in games, movies, simulation training, and many other industries. The product got its start in first-person shooters, being used to create realistic avatars of people and objects that interact with precision in a virtual world.

Fortnite, and thousands of other games, were built on the back of Unreal Engine. Epic’s legal battle with Apple – and those games’ potential inability to update Unreal technology in the App Store – has serious implications for Unreal. 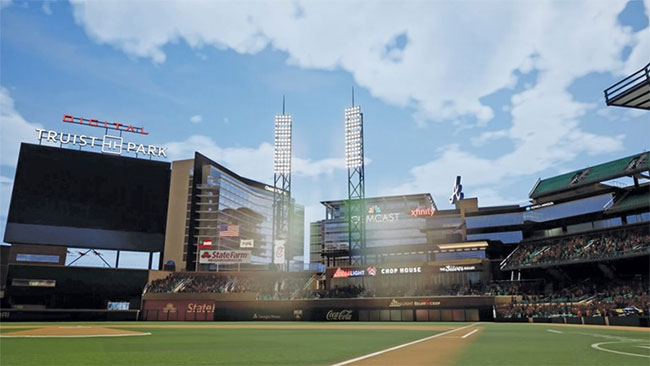 “Some of these titles that we are looking at are mobile game titles that we would definitely look to leverage with ESL,” Amir Mirzaee, COO of Bayes Esports, told SBJ. An official list of new titles will be announced at a later date. Bayes Bayes first partnered with ESL in 2019 to provide data solutions for Counter-Strike: Global Offensive and Dota 2. That same year, Bayes became a data partner for League of Legends. The company also works with other third-party tournament organizers, including Beyond The Summit, as well as esports teams like Team Liquid, Evil Geniuses, 100 Thieves, and Dignitas.

Data collection in esports differs significantly from traditional sports, as game data is only accessible with the approval of the game publisher. Manual data collection is not possible. Thanks to Bayes, ESL and Riot Games have been able to improve their esports broadcasts and content by accessing player statistics, historical data and analytics.

Bayes will now look to expand its product offering. An example will be combining its data solutions with a video archive so that the company can streamline the process of creating flagship packages. This can open up new opportunities for content creation and partner integration.

Atlanta-based esports companies Skillshot Media and Ghost Gaming have merged under a new holding company called Resurgens Gaming, SBJ’s Trent Murray reports. The two companies will continue to operate separately under their established brands, but will be housed in a new facility at Resurgens headquarters in Uptown Atlanta – a one million square foot mixed-use space currently being redeveloped by Rubenstein Partners.

As part of the new ownership structure, Todd Harris was named CEO of both companies. Former Hi-Rez Studios executive Nabil Ismail will serve as chairman of Skillshot Media, while former Hawks chief commercial officer Andrew Steinberg has been named chairman of the combined entity’s board. 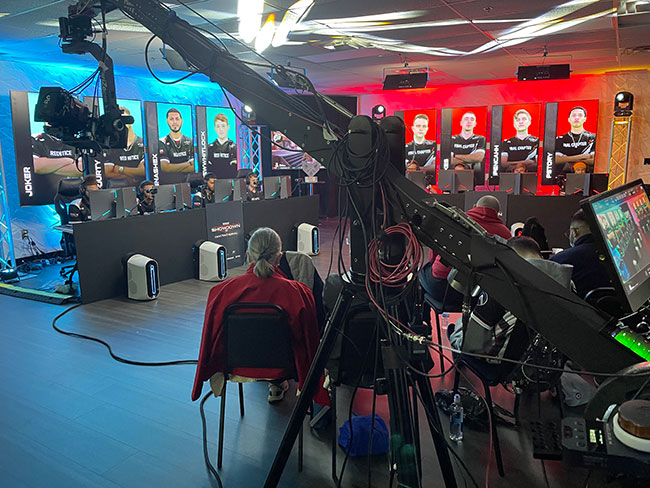 Game developer Ubisoft this week joined Phil Mickelson in becoming entangled in a geopolitical misstep involving a nation on the Arabian Peninsula, notes SBJ’s Kevin Hitt. Ubisoft, which makes Rainbow Six Siege, rolled out plans for a Major in Abu Dhabi, but a day later – after strong backlash from the gaming community – decided to move that event to another region. Players and social media fans have pushed back against the UAE’s record, especially when it comes to LGBTQ+ rights.

This is another sign that money coming from esports (and stick and ball sports) from countries like Saudi Arabia or the United Arab Emirates looks like a third rail problem. These countries continue to be interested in the commercial space of sport as an opportunity for growth, but struggle to gain a foothold due to their real and perceived views on human rights. In 2020, tournament organizer BLAST and League of Legends Europe (LEC) both had to drop plans to partner with NEOM, a “smart city” being developed in Saudi Arabia.

What does all this mean moving forward? Geopolitics doesn’t just affect the Olympics. Keep an eye out for what the future holds for ESL and FACEIT, which have just been bought by Savvy Gaming Group (a US-based company, but backed by Saudi money). Beyond the Arabian Peninsula, also monitor relations with China. Riot Games is 100% owned by Chinese company Tencent, and that company also owns a 40% stake in Epic Games (the developer of Fortnite and Unreal Engine technology).

SBJ is seeking a highly organized Director of Sales who is responsible for coaching, motivating and growing new and recurring subscription revenue and ensuring AEs have the resources to exceed the ‘objective.

This position is responsible for successfully leading and managing an effective sales team and support staff to achieve goals and must research and implement strategies to target new customers and capitalize on sales and revenue opportunities. You will serve as a primary resource for problem solving and provide the day-to-day coaching necessary for Account Executives and Service to manage their accounts and exceed their sales targets. You will provide continuous monitoring and feedback with a focus on performance improvement. Create and implement effective sales and service incentive programs and increase team performance. This position will also be responsible for mentoring, training and performance improvement.